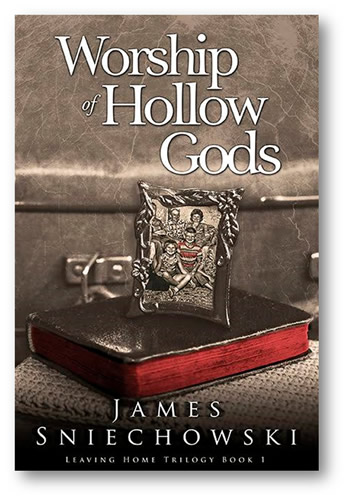 In Worship of Hollow Gods, James Sniechowski bears witness to the world of a sensitive, nine-year-old boy, subjected to the underbelly of his Polish Catholic family in working class Detroit. The year is 1950. The family gathers for a Friday night poker/pinochle party. The outcome reveals a world no one ever talked about then and are forbidden to talk about now—the unspoken, the impermissible, the reality beneath every family’s practiced appearance—and what lies beneath when the front has been ripped away. 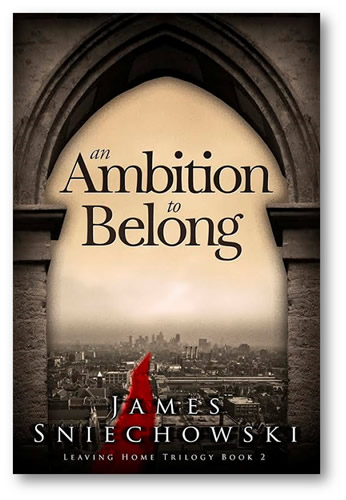 An Ambition to Belong, the second novel in James Sniechowski’s Leaving Home Trilogy, develops the growth of Jim. Now 13, he confronts the challenges of his life split between the traditional demand of his Old World Polish Catholic family in 1955 Detroit and the newly emerging but equally oppressive world of his University of Detroit High School—a Jesuit college preparatory institution set in the upper-class suburbs designed to reflect and house Detroit’s burgeoning corporate executive class.

Jim does not fit—not at home, nor in school, and certainly not in the church. 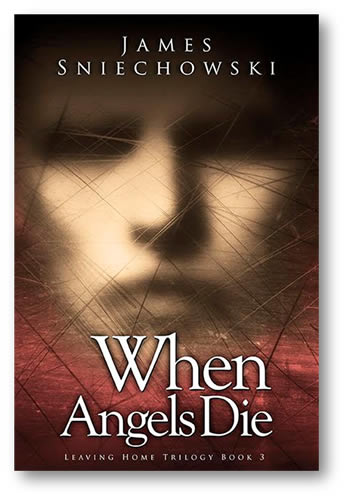 Due out in late 2020, the final book in the trilogy, When Angels Die, continues Jim’s journey into adulthood, still not having “left home” emotionally. 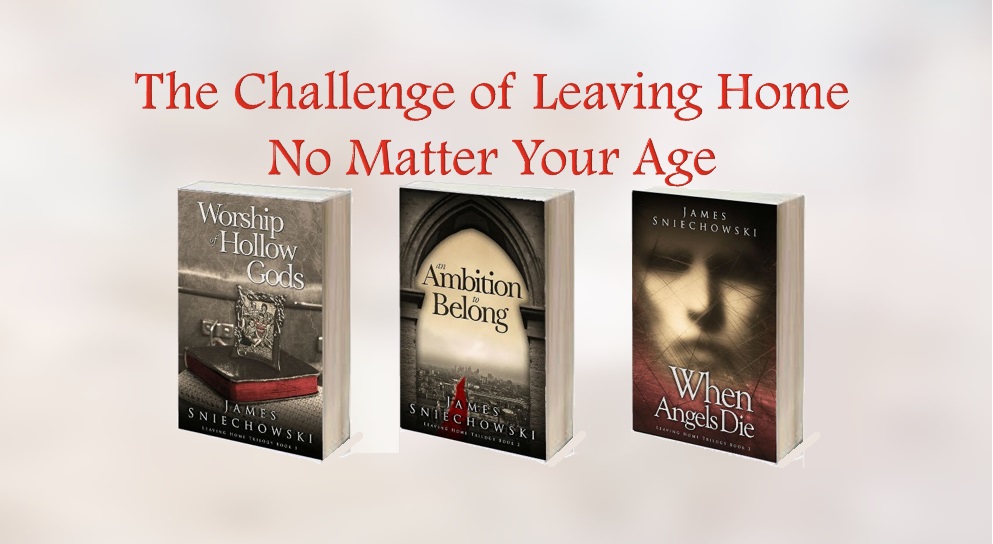 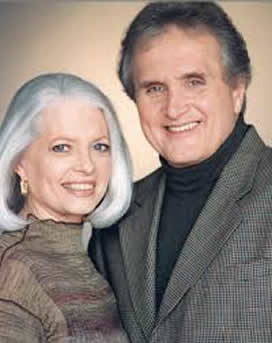 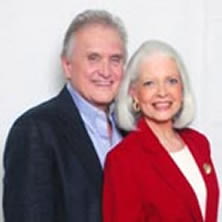 Jim was born and raised in a Catholic, working-class family in a tough Polish enclave (some called it a ghetto) in southwest Detroit. His grandparents arrived in Detroit from the fields and farms of Eastern Poland remaining true to a medieval sense of religiosity with its strict demand of obedience and the peasant’s lifestyle.

From boyhood on, Jim struggled with his growing awareness of the brutality Old World Catholicism imposed on him and everyone in his community—the lower-class life they were compelled to live, including the alcohol they consumed to dull the pain they endured, and the reproach they suffered should anyone consider resisting or, even worse, leaving.

Jim, nevertheless, resisted and he was continually kept on the “to be watched” list by the nuns and priests at Our Lady Queen of Angels, his parish and elementary school. His rebellion went full force during his early teens when he joined the Royal Lancers, a local street gang.

He received rave reviews for his role as the Gentleman Caller in Tennessee Williams’ The Glass Menagerie, and then was off to New York to study at The Neighborhood Playhouse, before being hired by the Great Lakes Shakespeare Festival in Cleveland.

Jim went on to work at the Loretto-Hilton Repertory Theater in St. Louis where for seven years he was a leading force as an actor, director, and teacher. Then on to Hollywood, to co-star in a number of television shows including The Rockford Files, St. Elsewhere, and Quincy, to name a few.

On a chance blind date in 1987, he met his now wife and business partner Judith Sherven, PhD. Together they built a thriving relationship therapy practice, and became known for their powerfully inspiring joint speaking talent, bestselling relationship books, and have now appeared on over 3000 radio and television shows including Oprah, The View, CNN, MSNBC, and Canada AM.

Jim’s deep interest in character,  born of his experience as an actor and Doctoral research led him to writing novels.

The first book in Jim’s Leaving Home Trilogy—Worship of Hollow Gods— bears witness to the world of a sensitive, nine-year-old boy, subjected to the underbelly of his Polish Catholic family in working class Detroit.

However his second book—An Ambition to Belong—focuses on the infusion of early life impressions and experiences that create a mindset and lifestyle unconsciously framed and driven, gripping and holding anyone without them knowing how or why. To mature into a self-possessed and fulfilling life, the unconscious bonds that make up the base of our initial child personality must be broken, left behind, freeing us to grow into the adult conscious character by which we conduct the rest of our life.

Jim’s deepest desire is for his readers to experience the real-world identity-struggles of his characters, and be moved to examine their own internal driving forces for the betterment of the life they are creating every day.

Jim lives with his wife Judith in Northern California.

Most of James other books and programs have been joint activities with his wife Judith Sherven PhD. These include their very successful podcast ~ Overcoming the Fear of Being Fabulous; their Personal Workshop of the same name; the daily inspirational and insightful email program ~ “Opening To Love-365 Days A Year” ~ and of course a range of books some of which are displayed below. 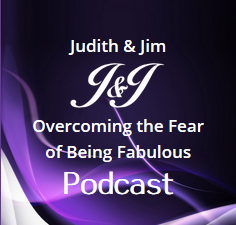 Bite-sized 7-10 minute pieces of how you can Overcome the Fear of Being Fabulous can now be heard every week on our podcast that’s devoted to helping you move past internal, often unconscious, barriers.

Our podcasts feature wide ranging topics to help you expand your life in whatever ways you want or need. 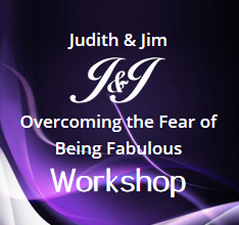 Explore at even greater depths than ever before the truth of who you really are.

Learn more about the Fear of Being Fabulous—what it is and how it affects virtually everyone. Discover how the 12 empowering modules will help you Overcome that Fear. And explore the inspirational results that other workshop participants have enjoyed. 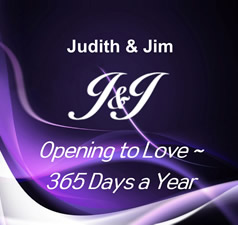 There’s so much more to real-life love and enjoying real romance EVERY DAY!

Let Judith & Jim send you, or that special someone, an inspirational and insightful heart-felt real-life love message straight to your in-box for the next 365 days.

These daily messages address some of the most significant aspects of marriage and dating ― such as conflict, romance, trust, commitment, self-respect, curiosity, celebration, frustration, and sexuality, and so much more. 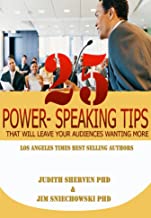